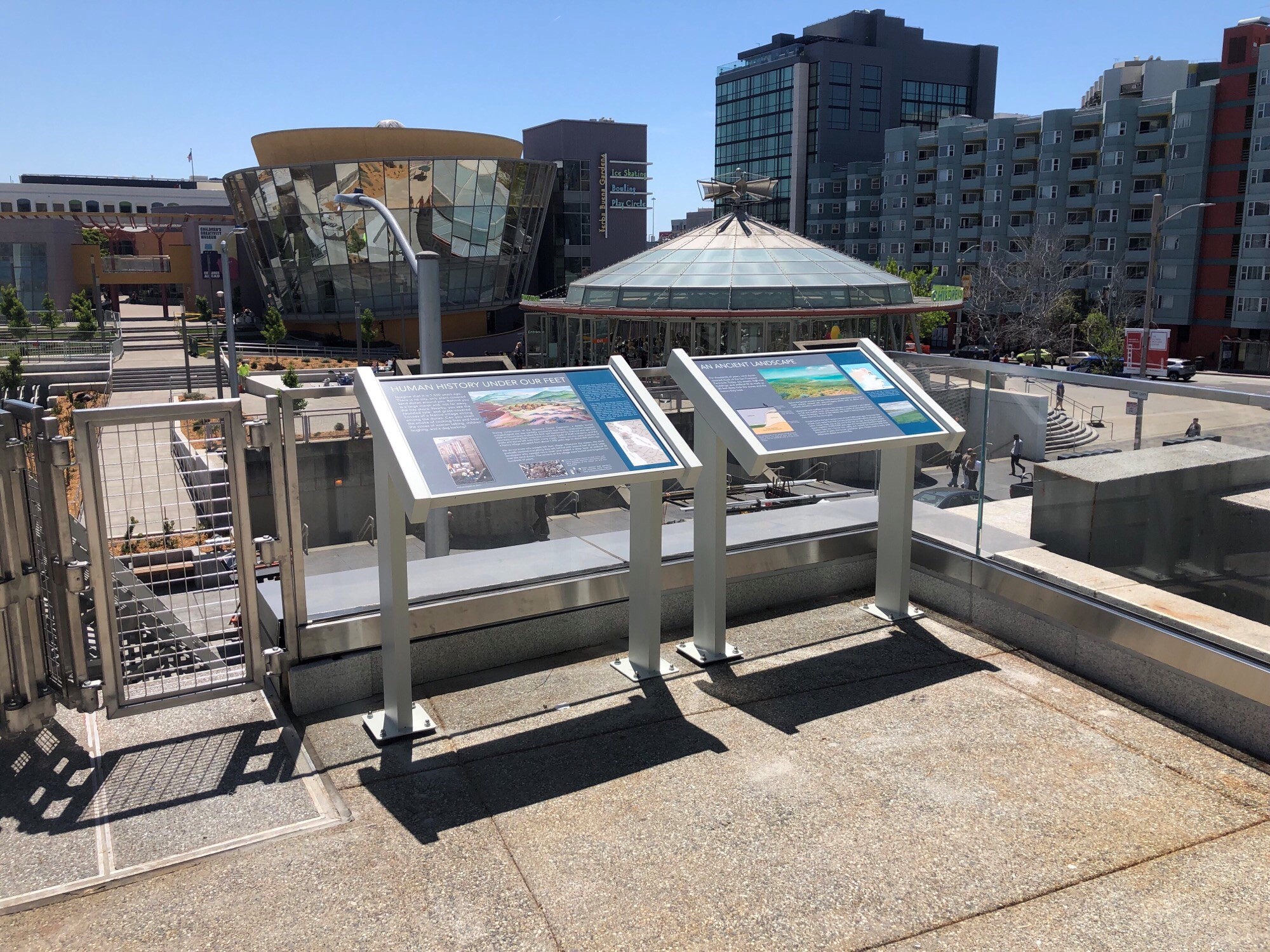 The diverse history of San Francisco did not start in with the California Gold Rush in the 1840s. Nor did it begin in 1776 when the Spanish established a Mission and a Presidio. Instead, San Francisco’s history dates back thousands of years further in time. During those millennia California was the land of Native Americans, and the Ohlone Tribe called San Francisco, and indeed much of the Bay Area home, as do their descents today. Yet, standing at the Moscone Center in the heart of this urban setting, it may seem an impossible task to envision what everyday life was like on this spot 500 or 1000 years ago.

A treasure trove of knowledge about ancient San Francisco was discovered through archaeological excavations of the Yerba Buena site during the Moscone Center Expansion project. In order to fully appreciate this history, one must first envision a non-urban landscape of plant-covered sand dunes spreading right up to the nearby edge of Mission Bay’s marsh. The Yerba Buena settlement was well situated for fishing and shellfish gathering, as well as traveling by tule boat to nearby bayshore communities. This Ohlone settlement thrived here for a thousand years before relocating to a nearby setting along Mission Bay.

Visitors in San Francisco are being educated on the history of their city thanks to the two new fiberglass embedded panels, and National Park Service traditional T style exhibit bases. Tammara Norton, Art Director at Far Western Anthropological Research Group, Inc., designed the two panels above for the San Francisco Public Works. Together, Pannier and Tammara, have produced approximately 100 panels over 11 years. Pannier’s fiberglass embedded panels at the Moscone Center summarize a little-known chapter in the history of the San Francisco Peninsula. The panels also represent a rare urban example of how history is often preserved right below our feet, and how archaeology can provide us with a window into what everyday life was like in the distant past.