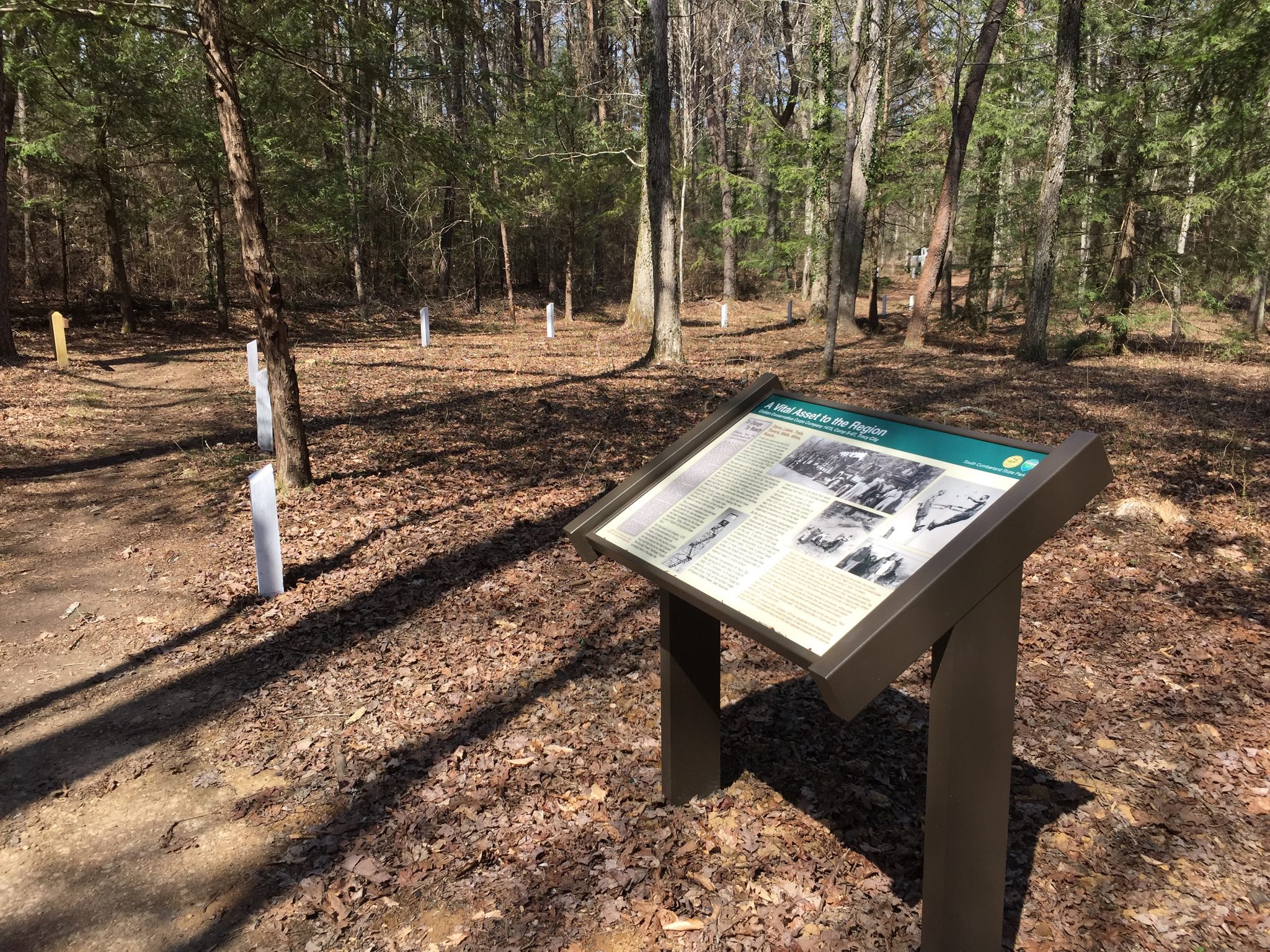 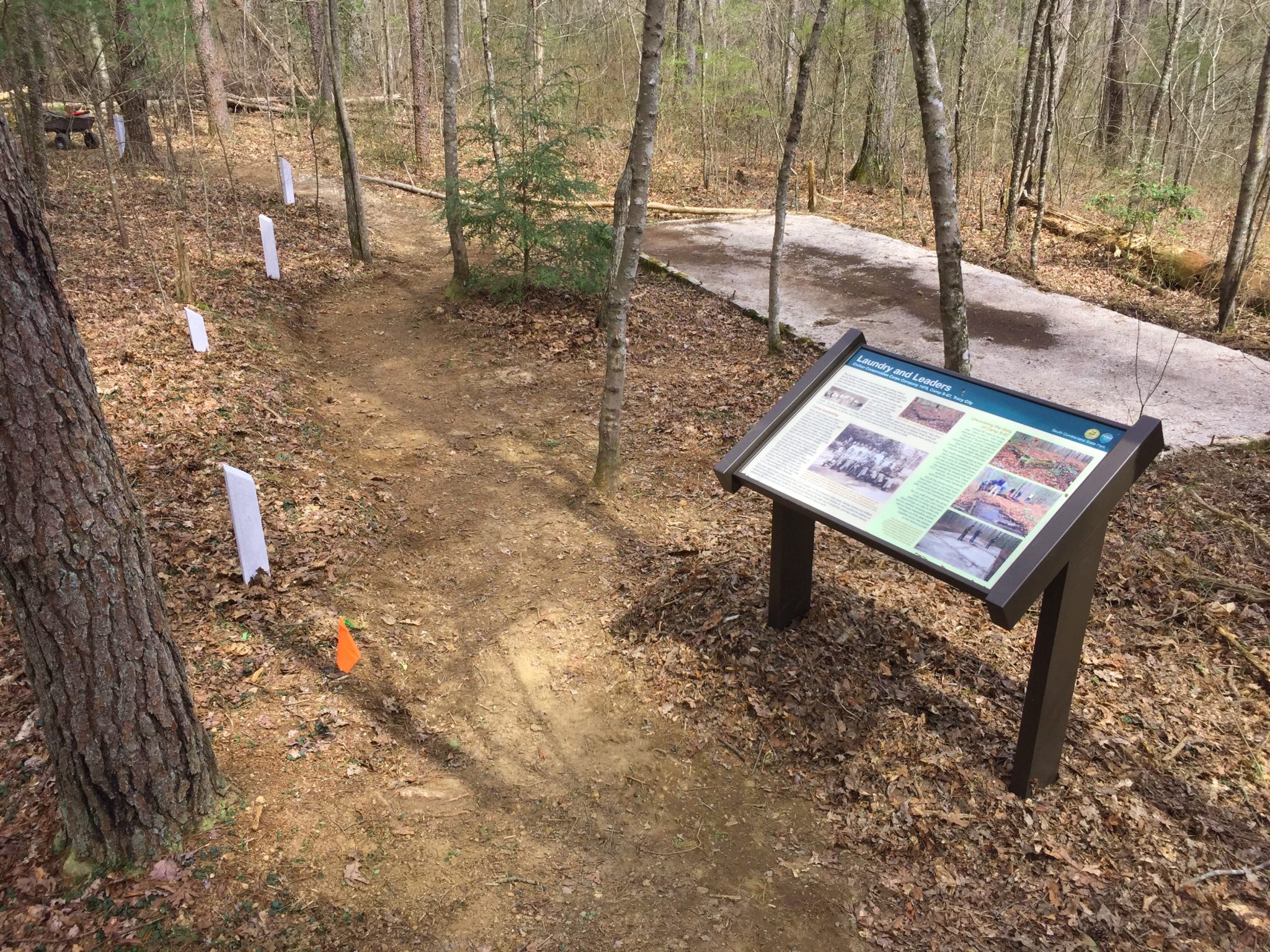 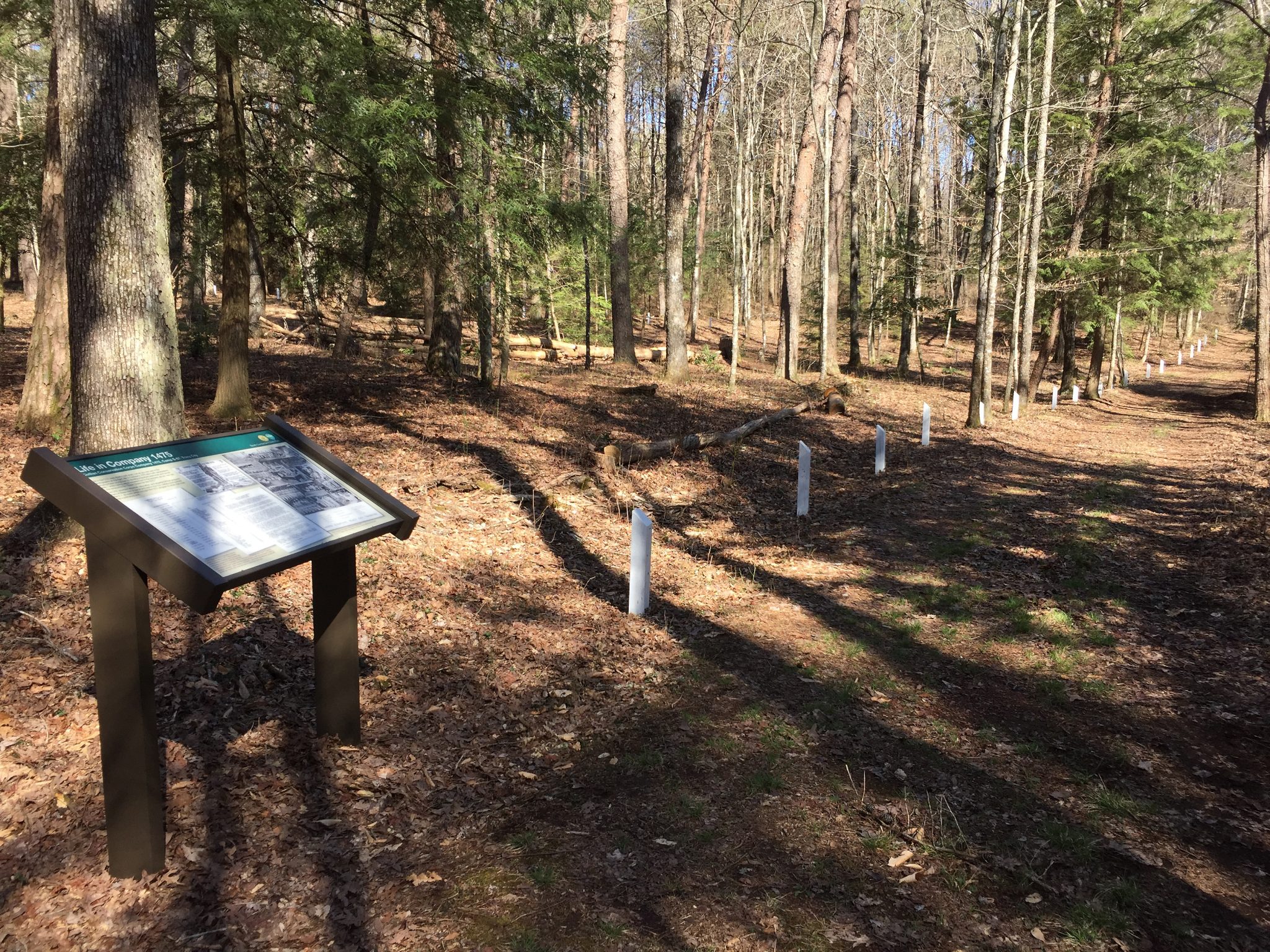 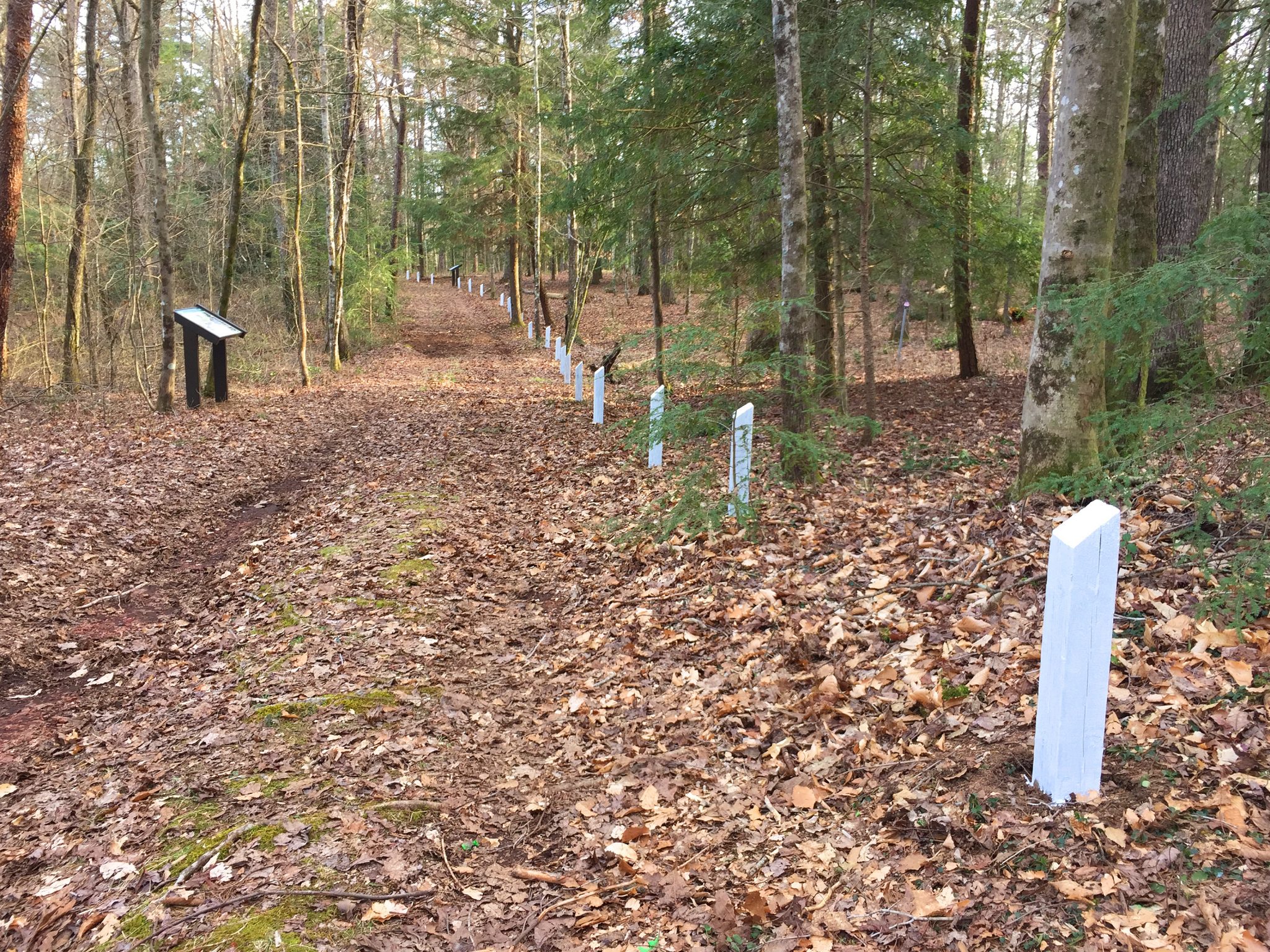 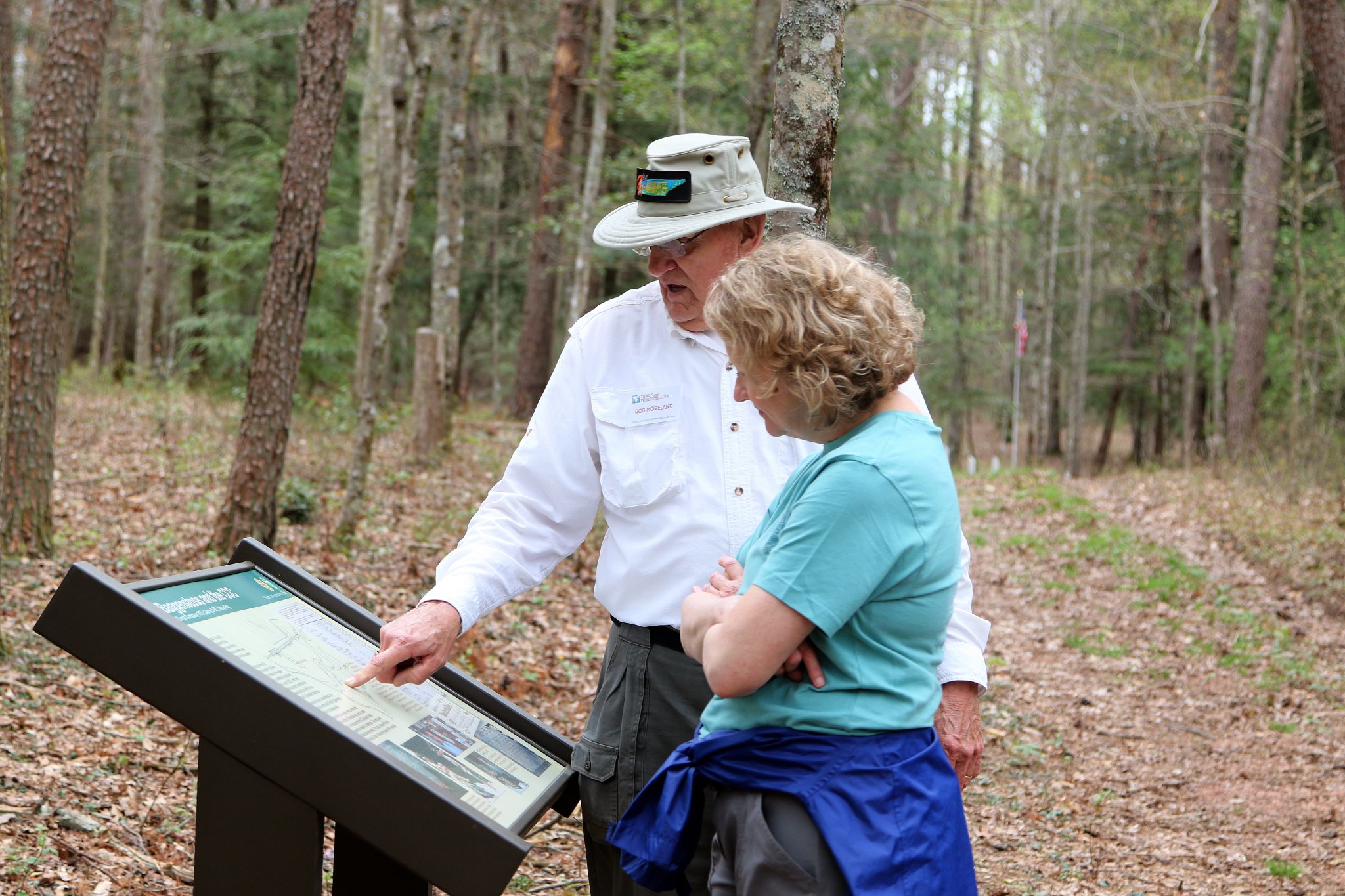 Tennessee’s largest state park, South Cumberland State Park, consumes nearly 31,000 acres of deeply-forested, rugged and breathtaking landscape; defined by the environmentally-unique escarpments and canyons of the Cumberland Plateau. Located between Nashville and Chattanooga, the park contains a dozen major waterfalls and nearly 100 miles of wilderness hiking trails. Also found in the large state park, is the site of a Civilian Conservation Corps camp.

The camp was operated by Company 1475 from 1933 to 1942, interwoven with the history of the southern Cumberland Plateau. The accomplishments of Company 1475 are a source of great pride to the communities of Grundy and Franklin Counties. The SCSP manager gave the task of telling the story of the CCC Company 1475, to the Friends of South Cumberland State Park.

The Friends group chose to interpret the site through the use of Pannier’s fiberglass embedded (FE) panels and aluminum National Park Service style exhibit bases. Research was not the easiest – the site had very little physical evidence remaining. Through historical research, photographs, company records, and inspection reports the historical narrative was pieced together. The story and contributions of the 200 young men, and their leaders, are told through 13 interpretive exhibits. The Friends group was fortunate to receive a grant from the South Cumberland Community Fund. The funding allowed more interpretive panels to be produced than what was originally planned. With this being the first interpretive project for the friends group, they appreciated the experience of Pannier.

“Pannier’s ability to provide guidance in selection of signage style and sizing, coupled with the durability of the signage structures and interpretive panels, played a big role in our selection of the company for this project. Their ability to give us good value for our budget was an added bonus.

From our first contact with the company, through to delivery of the finished signage, clear and timely communication was the key. When we had questions, Robin and her team supplied answers and options, swiftly and in an easy-to-understand manner. Throughout the process, we received updates from many different people on the Pannier team, and it was always obvious that they are a tight-knit group of professionals who not only communicate well with their customers, but also with each other. The high level of coordination, throughout the Pannier organization, was obvious (and refreshing!).”

Since the opening, the interpretive trail has received a large number of visitors, both from the local area and across the nation.

If you would like more information on how Pannier can help with your next project, contact a Business Development Representative today!