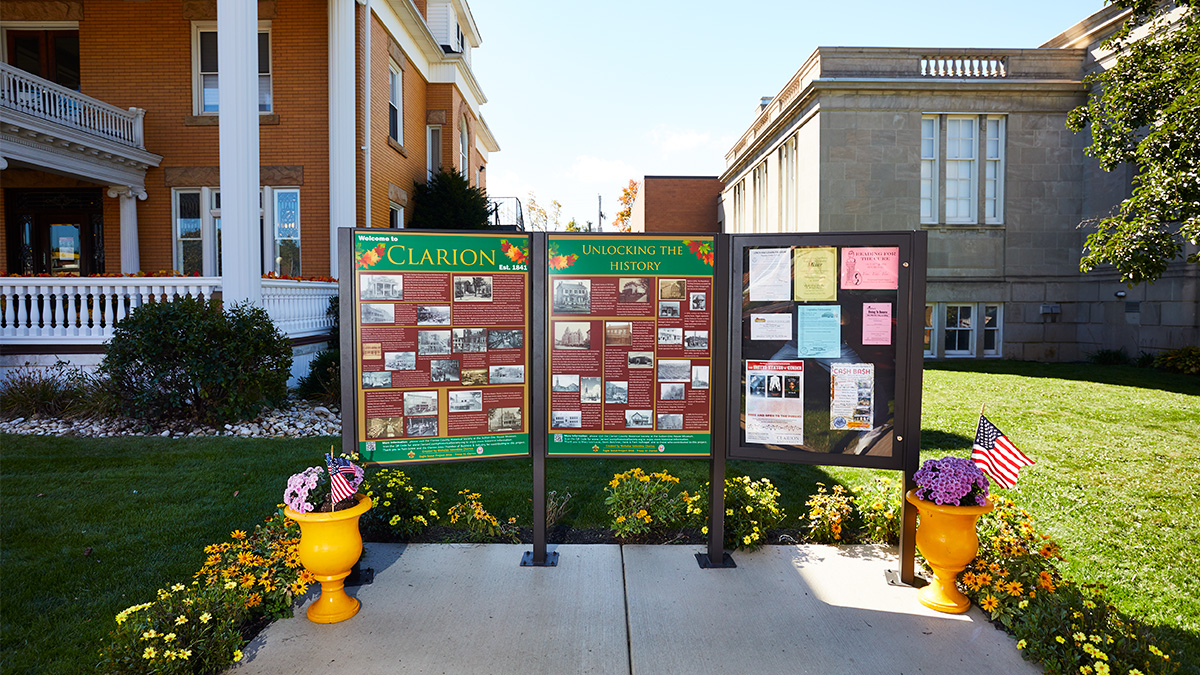 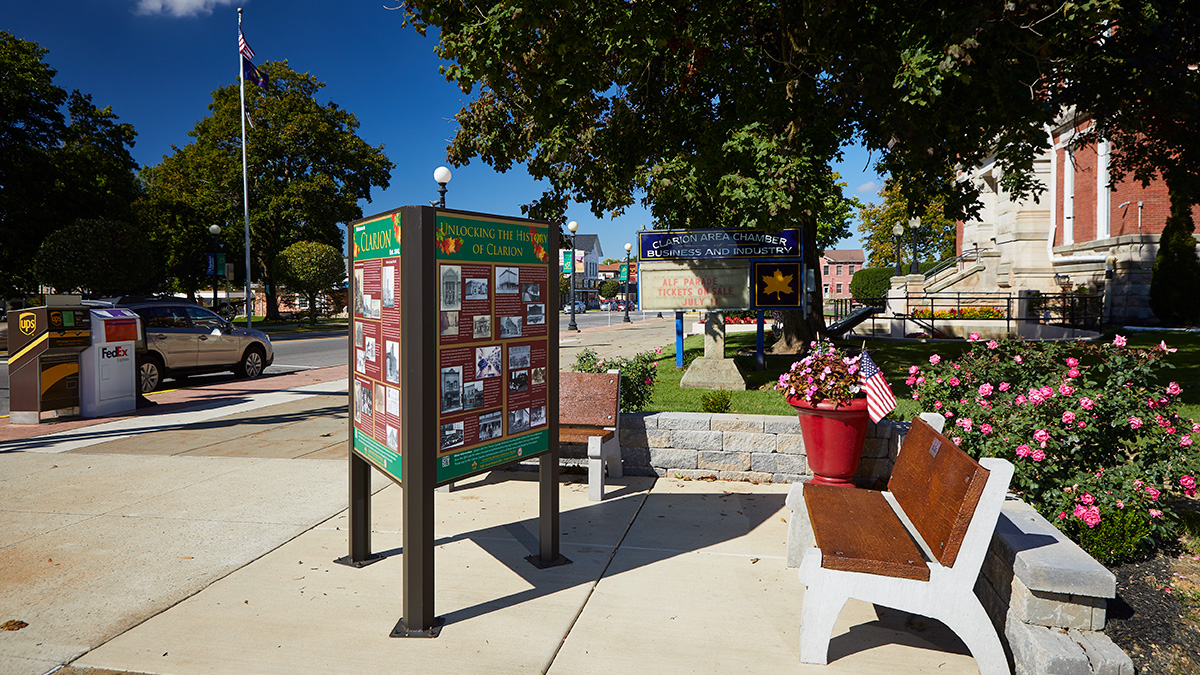 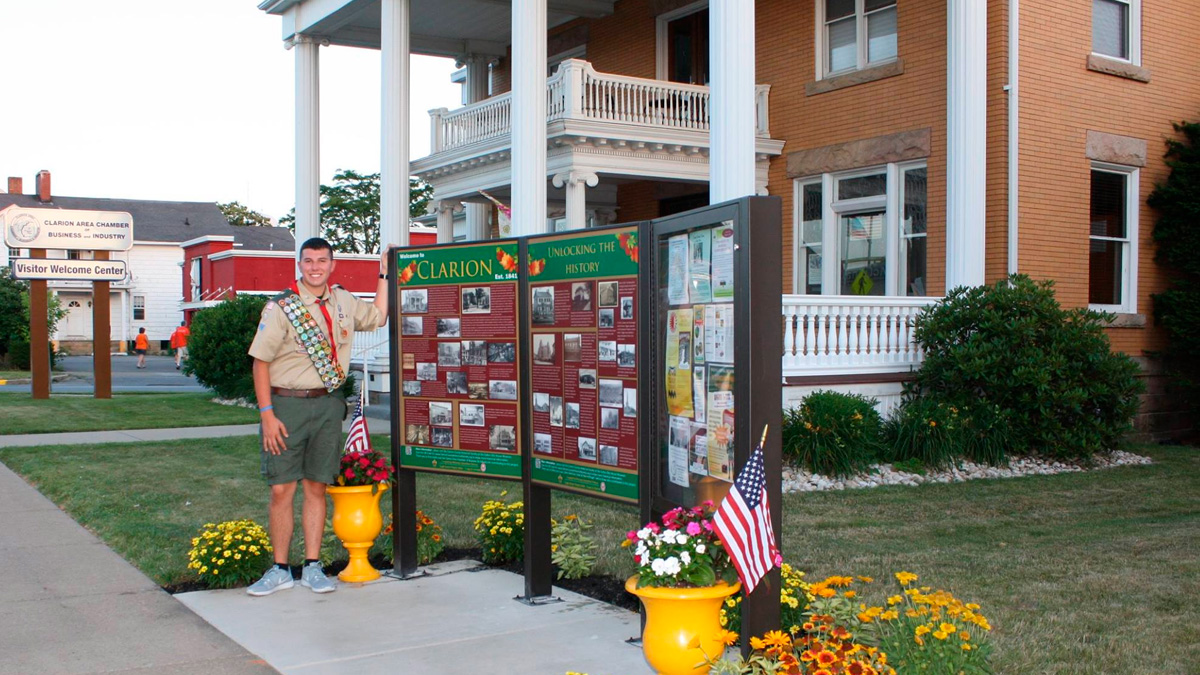 During a family vacation to Washington DC last summer, Clarion Area High School sophomore, Nick Cherico became intrigued by all of the historical and interpretive signage. He enjoyed reading every panel and learning about our nation’s history. He decided that this could be his Eagle Scout project – interpretive and historical signage in his home town.

When he arrived home he began his research on how to begin his project. He talked with rural communities in Texas who had done similar projects. He was referred to many different manufactures and finally he was referred to a local company with three decades of experience producing durable products for National Parks – Pannier Graphics from Gibsonia, PA.

“ROBIN WAS A WONDERFUL SALES PERSON,” SAID CHERICO. “SHE UNDERSTOOD THAT I KNEW NOTHING ABOUT MY IDEA, I JUST HAD THE IDEA. SHE EDUCATED ME ON THE PRODUCT, MATERIALS I WOULD NEED, GAVE SUGGESTIONS AND TOLD ME EVERYTHING THAT IT WOULD TAKE TO GET MY SCOUT PROJECT DONE FROM START TO FINISH. EVERY TIME I ASKED HER TO HELP ME SHE WAS THERE AND DID WHAT WAS NEEDED. SHE GAVE ME HER FULL ATTENTION AND GUIDED ME THROUGH THE PROCESS. THERE IS NO WAY MY PROJECT WOULD BE DONE WITHOUT ROBIN.”

Nick chose three different style exhibit bases to fit with the different landscapes in which he was installing the panels. A Double Pedestal exhibit base was used for his interpretive panel to be displayed in front of a historical home and a Triple Offset and Triangular Kiosk to display his larger, historical panels in front of the Clarion Court House.

After months of fundraising, Nick’s project was completed on July 8, 2016. The project took over 11 months to complete. It was filled with many hurdles, from his high school sports schedules to holidays and other bumps in the process. Since installation, many local Clarion citizens have given hand written letters and cards to him with praises on his work. The panels and exhibit bases have given a new appearance to Clarion’s Main Street. It is educating the young and bringing out the citizens to talk about the history of Clarion.